All images © Julia Moss, The Elkhart Truth, The Colorado Springs Gazette, or the Great Falls Tribune. No images to be used without express written permission of the photographer.

In 2010, a ban on public camping was issued in El Paso County, Colorado which succeeded only in forcing the nearly 1,200 homeless to be better at hiding from teams enforcing the ban. Nearly five years later, The Colorado Springs Gazette did a follow-up series on how things have changed.

I photographed Calvin Muzzy and Pete Hill's daily lives as Gazette reporter Cary Vogrin worked with them to complete various aid applications and help them reconnect with their families. Read the full story here.

Each time I visited them, they would give me a new lesson for surviving on the streets. I think it was their way of including me while also trying to help prepare me for my uncertain future outside of college.

1) Make sure someone has your back. Calvin and Pete regularly had to fend off deranged homeless thieves during the night. If they didn't have each other, they would have died long ago.

2) Know how to defend yourself. Calvin told me about his time with the Marine Corps and how he learned to use elbows and knees to fight rather than fists because they don't break as easily.

3) Keep your camp clean. Part of the reason Calvin and Pete were allowed under the bridge at 31st Street and Colorado Avenue despite the camping ban was they kept their camp and the nearby Taco Bell parking lot clean.

Their stories don't have happy endings yet, but Cary Vogrin and a team of police officers continue to push them over hurdles and hopefully into apartments where they can safely seek help.

These two men are truly kind and loyal people. I hope one day I'll be able to attend housewarming parties in their new homes. 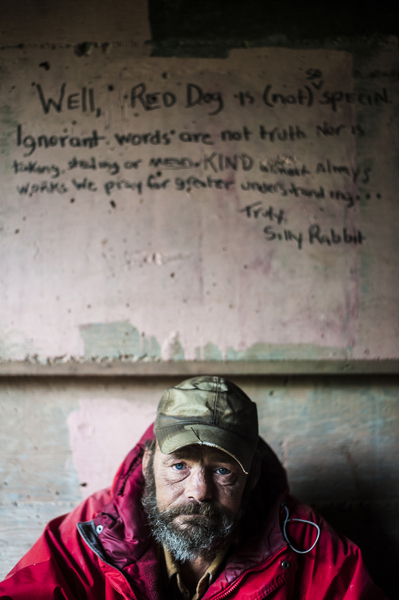 Pete Hill sits under a bridge behind Taco Bell at West Colorado Avenue and 31st Street in Colorado Springs, Colorado. The paragraph above him, written by homeless comrade Christina Thompson outlines his small group's perspective on life. Hill has been homeless since 2006, a year after his parents died. 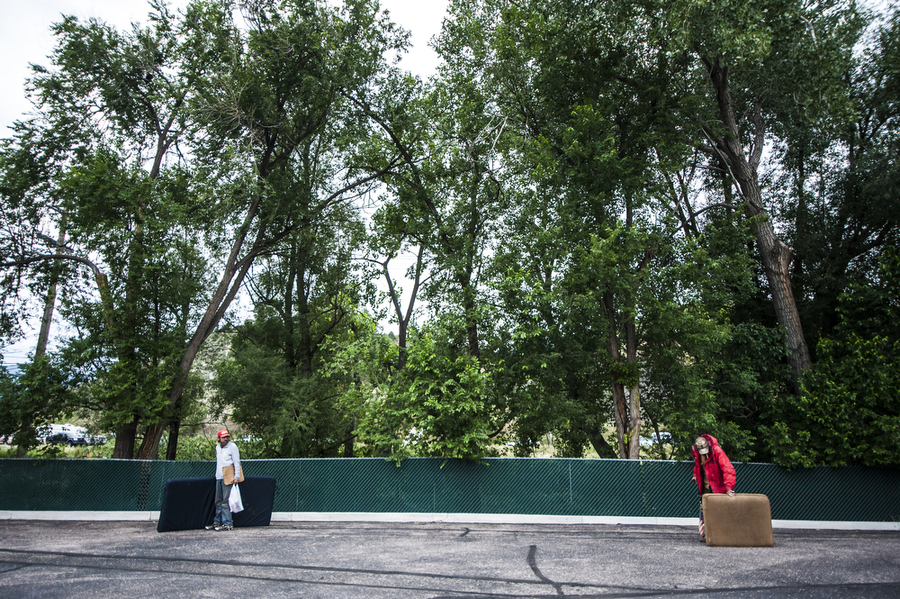 Calvin Muzzy looks back and waits for Pete Hill as they carry cushions, found behind a nearby Papa Murphey's, back to camp. Every piece of bedding is valuable as their belongings are frequently stolen or washed away in summer floods. 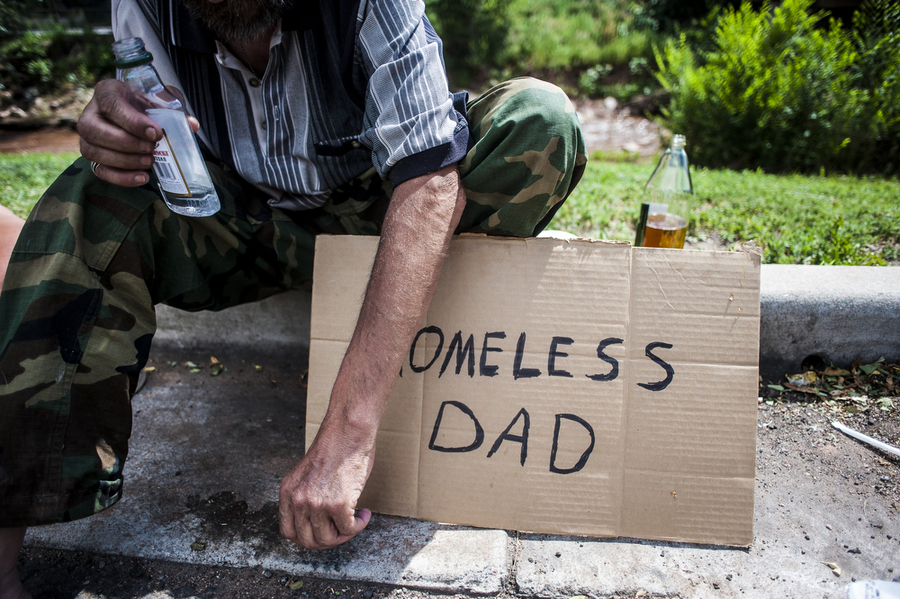 Pete Hill sits on a curb near camp flying a sign and drinking malt liquor. Hill and Muzzy are proud of the fact that they never ask for anything, instead using signs that define themselves in the simplest terms. 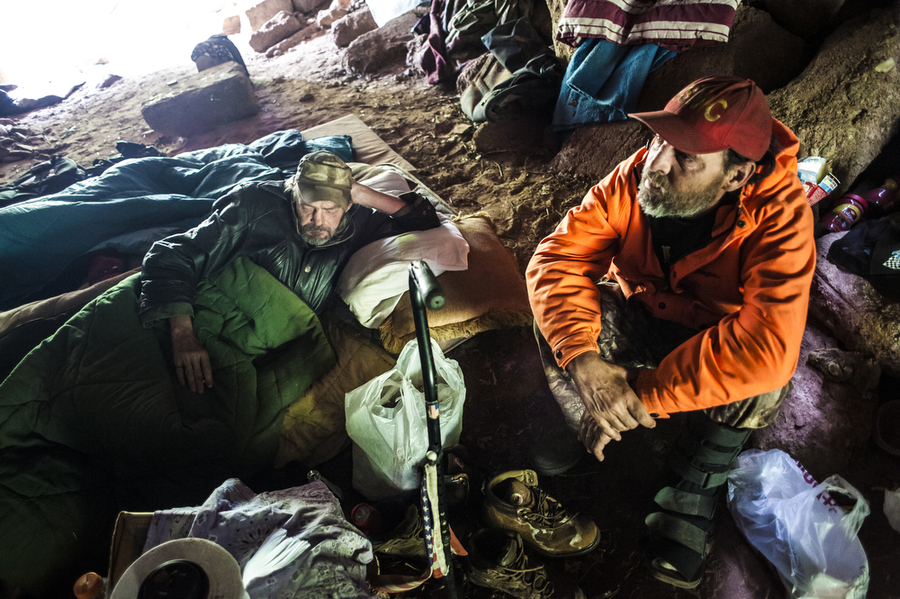 Pete Hill, left, and Calvin Muzzy rest at their camp under the bridge. Hill had been bedridden for days because of his crippling seizures. Muzzy took care of Pete by bringing supplies back to camp. For a time, Hill and Muzzy were practically inseparable. 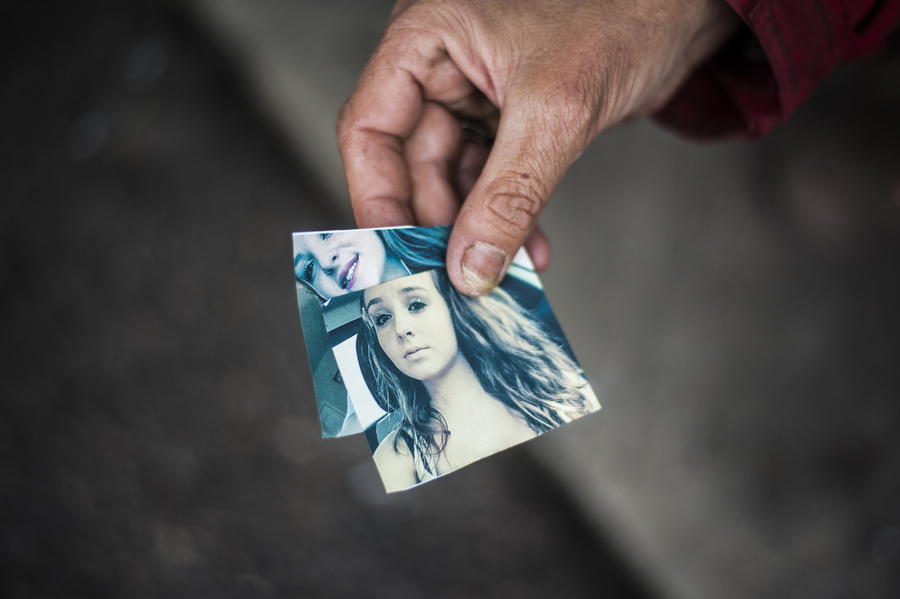 Pete Hill holds pictures of his 14-year-old daughter. He talks about her frequently, though he hasn't seen her since she was very young. 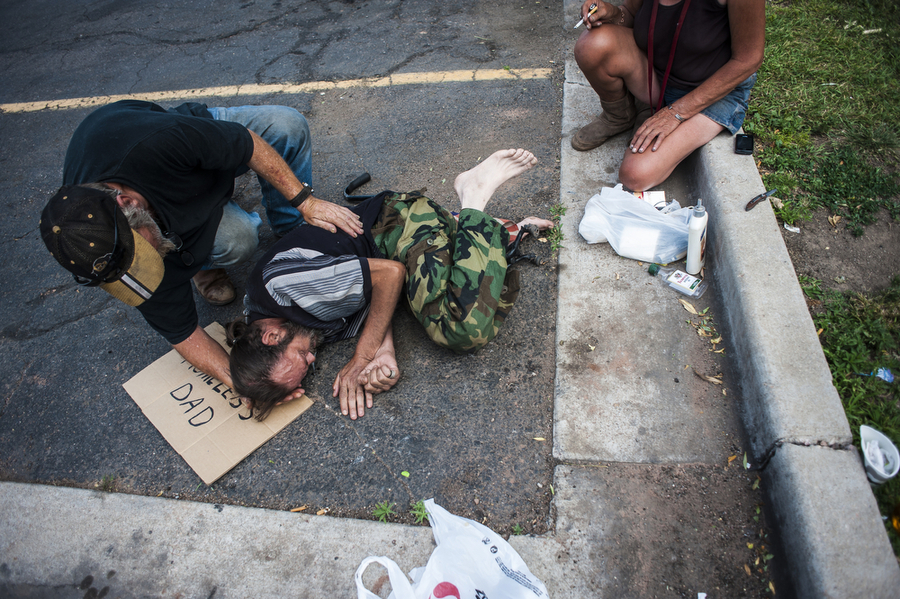 Tom Wools holds Pete Hill's head during one of his seizures in early July to help prevent further injury. Christina Thompson holds Wools' cigarette. On the streets, friends who will look out for you are more valuable than any commodity. 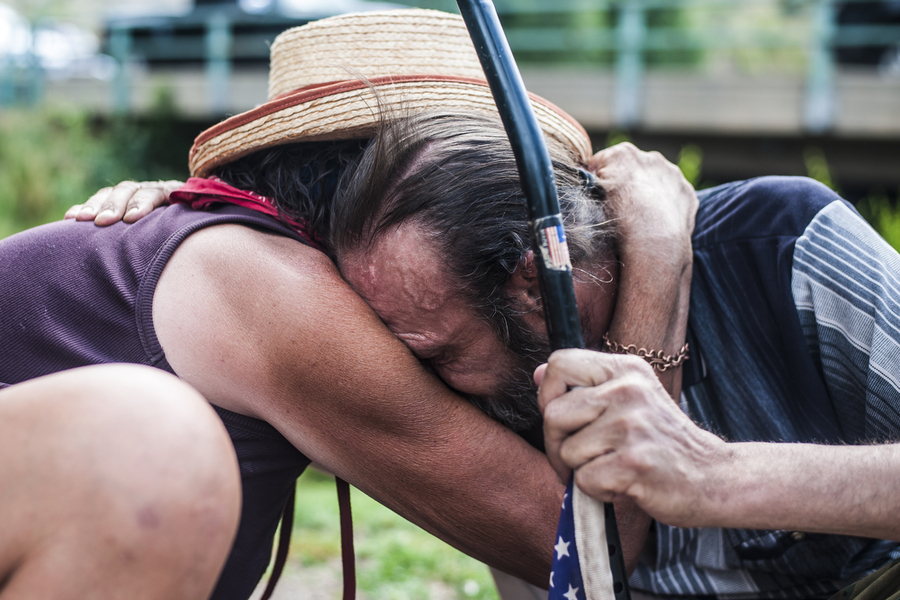 Christina Thompson comforts Pete Hill as he cries, thanking her for helping during his seizure. 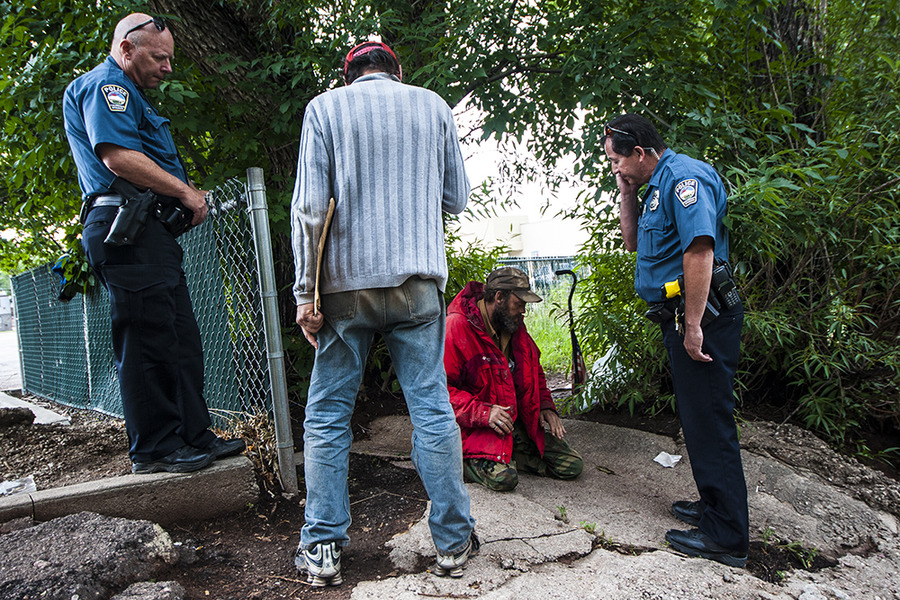 Officer Bobby Jeffords, left, Calvin Muzzy and Officer Mark Sandoval, right, talk to Pete Hill after he hid from a doctor's appointment to treat his pneumonia. Missing the appointment was a serious setback for Hill because his health had been rapidly deteriorating. 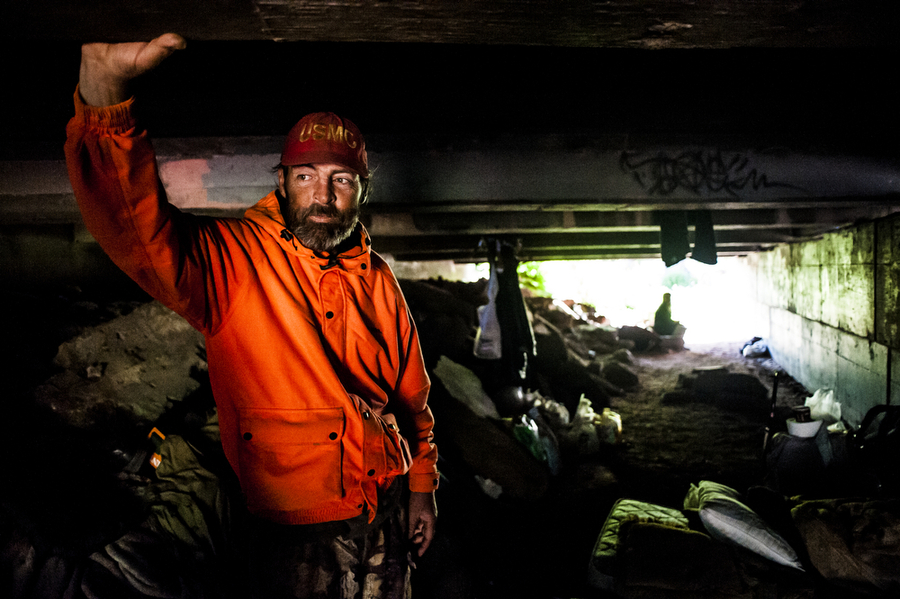 Calvin Muzzy stands in the entrance of his makeshift camp. He became homeless about eight years ago after he got a DUI and subsequently lost his job detailing cars.